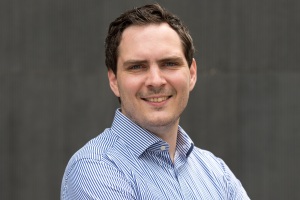 Coming from the House of Test in Sweden the context driven tester Martin Nilsson is visiting with an unusually broad expertise within software testing. Starting out by mistake as a tester for Ericsson he has been testing low level DRM, he has been setting up complete WLAN test labs and worked multiple embedded systems. As a consultant he has been performing performance testing in a web environment, worked as a system tester and been the test coordinator for a hundred testers. He has been developing and teaching test educations spanning from one day to one and a half year for students in both Europe and US.

At the moment he is creating a test process for an organization with only developers. The biggest revelation in his testing career was when he realized how the technical system that our software is a part of is merely a smaller subsystem. The bigger system is our human system we build around and between us and he emphasizes this heavily in all his work.

When he is not testing or doing working with some new fun tech he as picked up he is trying to find time for photography and is often seen with a camera. He would also love to get some tips about good zombie literature!